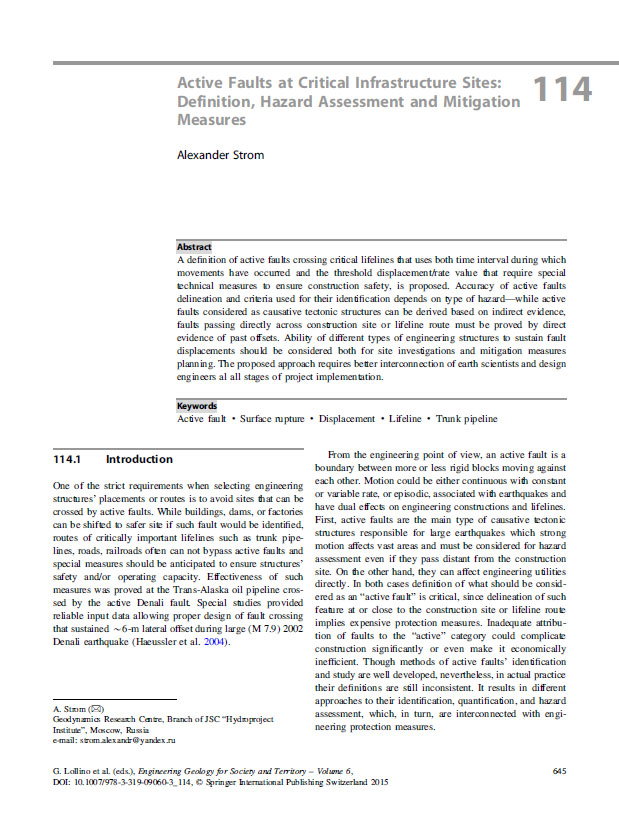 A definition of active faults crossing critical lifelines that uses both time interval during which movements have occurred and the threshold displacement/rate value that require special technical measures to ensure construction safety, is proposed. Accuracy of active faults delineation and criteria used for their identification depends on type of hazard—while active faults considered as causative tectonic structures can be derived based on indirect evidence, faults passing directly across construction site or lifeline route must be proved by direct evidence of past offsets. Ability of different types of engineering structures to sustain fault displacements should be considered both for site investigations and mitigation measures planning. The proposed approach requires better interconnection of earth scientists and design engineers at all stages of project implementation.